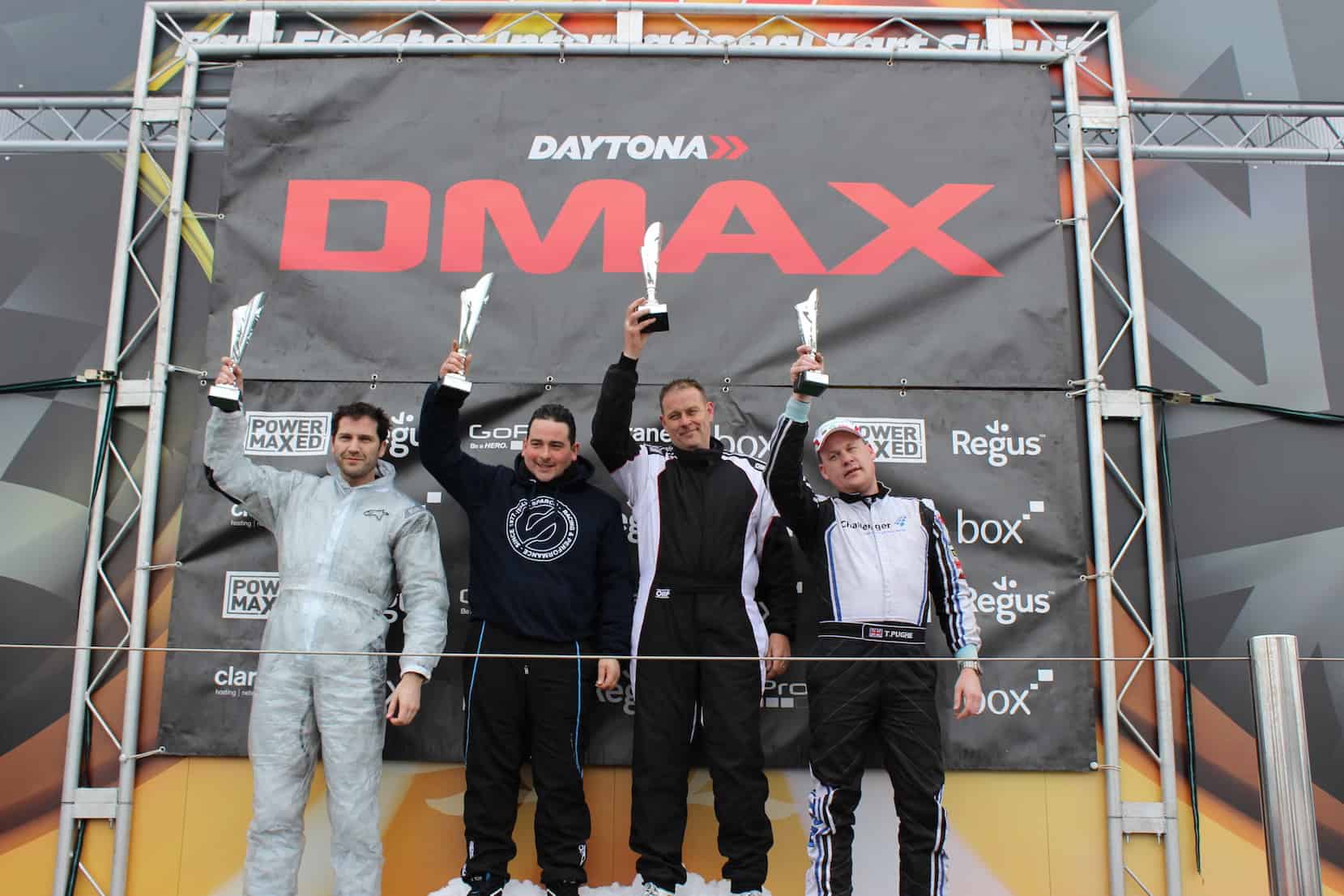 RED HOT RACING IN THE SNOW AT PF INTERNATIONAL

The Daytona DMAX raced off the grid at PF International this weekend – despite the appalling weather that hit the UK on both Saturday and Sunday – thanks to amazing efforts from both the Daytona team and the hosts at PFI. 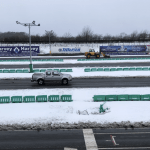 The DMAX team arrived at the circuit on Saturday in heavy blizzards, having passed one of the two articulated lorries that transports that karts crashed into a field near the circuit. Luckily the other lorry made it to the circuit on time and we were able to set up for the Saturday test sessions.

Although the second lorry was recovered and the karts delivered to the circuit some hours later, the ever changing conditions meant that the test sessions were curtailed as the temperatures dropped to minus 3 and visibility was too changeable.

Luckily the snow stopped eventually during the early hours of Sunday morning and the team from PFI were able to get the snow plough out to clear the circuit so that the day’s racing could take place. The enduro drivers faced very cold temperatures and very slippery conditions but all three endurance races were completed and the heats drivers were treated to an almost dry circuit by the afternoon. With nearly all other kart races cancelled throughout the UK on Sunday, it is a testimony to the team from PFI, Daytona’s engineers and race marshals AND the DMAX drivers that the racing schedule was completed.

Daytona would like to publicly thank all drivers for making their journeys to the circuit, to racing fairly in the conditions and to the marshals and track staff who made the day possible. We congratulate the podium finishers and look forward to the highlight videos which will be online on the DMAX TV page later this week. In the meantime, the results and champs standings are all online here.